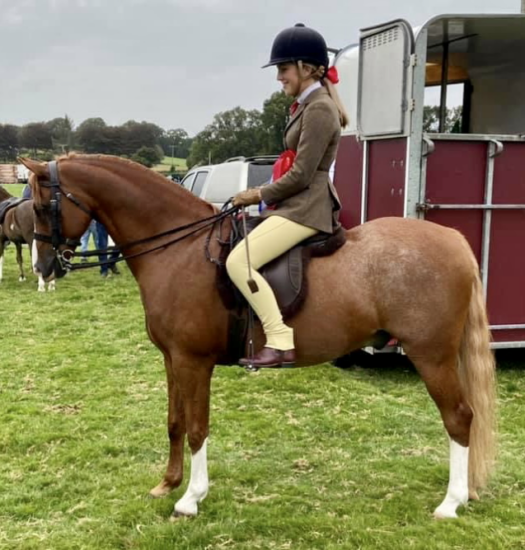 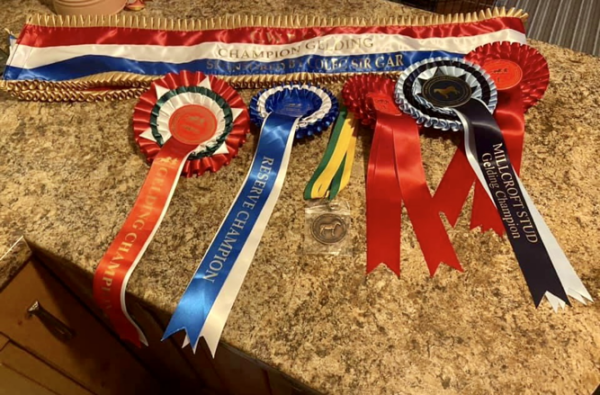 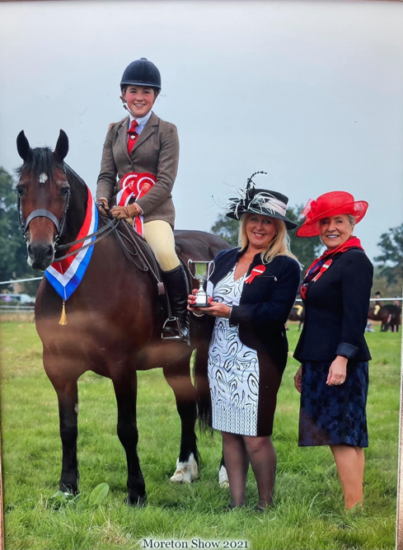 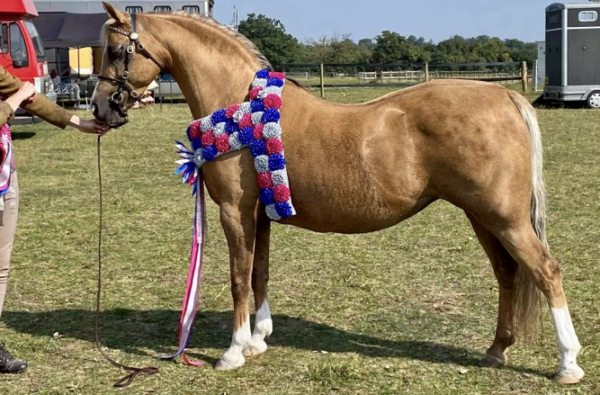 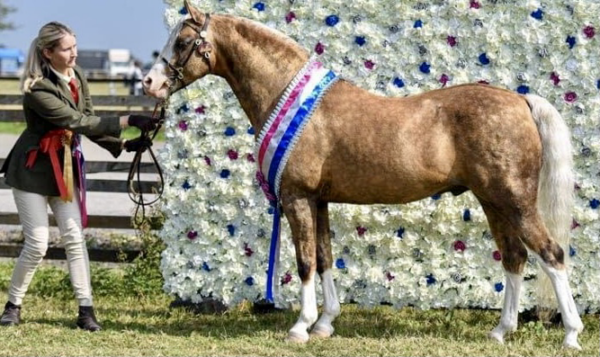 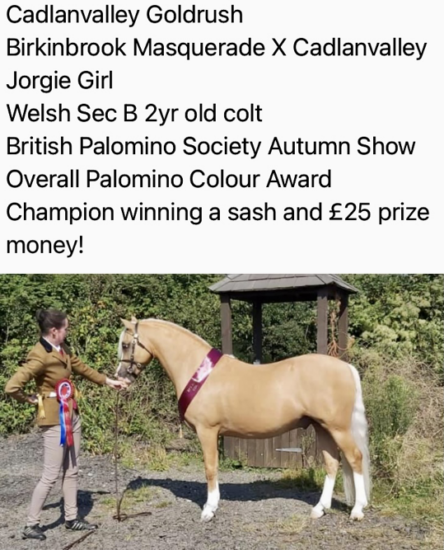 Another fantastic show for CADLANVALLEY SUPERTED owned by Heather Clay and ridden by Finley her son the pair make the most adorable picture .Ted is produced superbly by Graig Eleanor Equestrian. 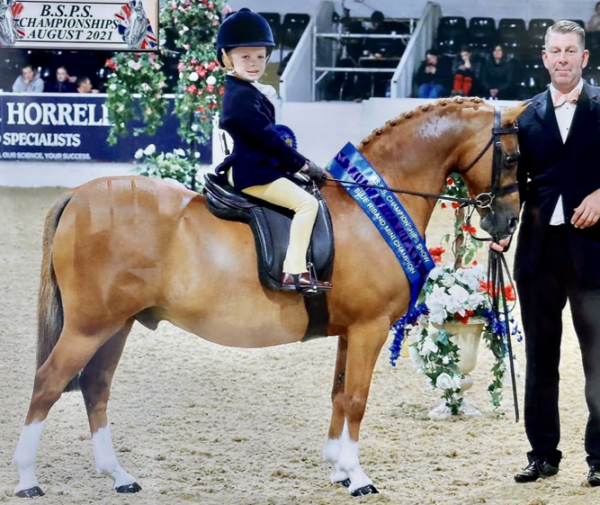 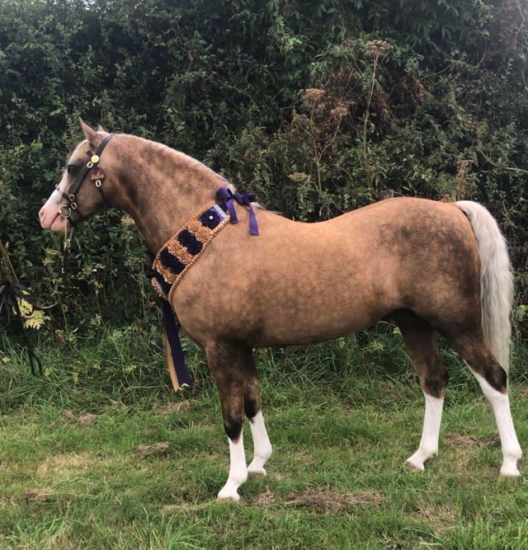 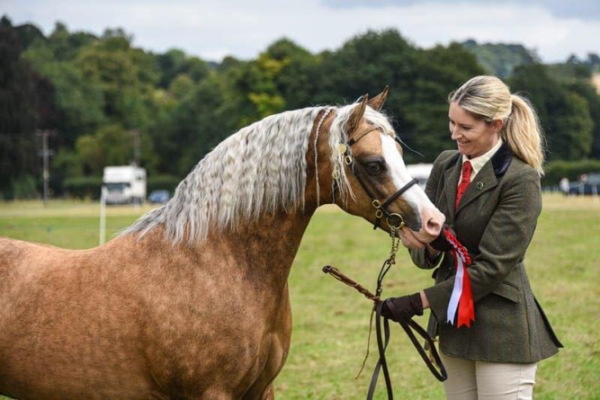 Really pleased to hear that the 2 year old Welsh B colt CADLANVALLEY GOLDEN VOYAGER had taken the INTACK STUD SUPREME IN HAND TITLE and make this picture and write up the following week in Horse and Hound, it was also a good show for the Welsh B yearling filly CADLANVALLEY DELICIOUS who took Overall Amateur Produced yearling 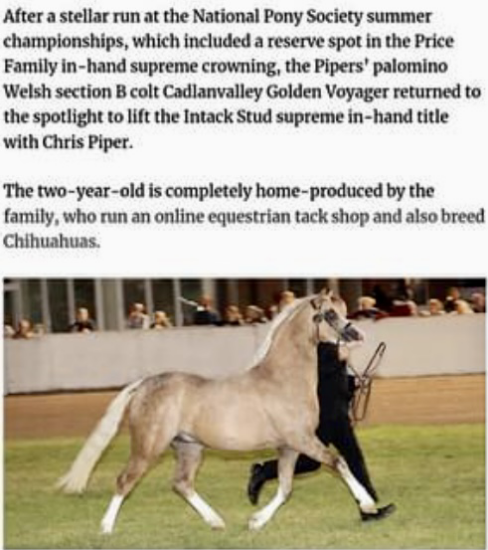 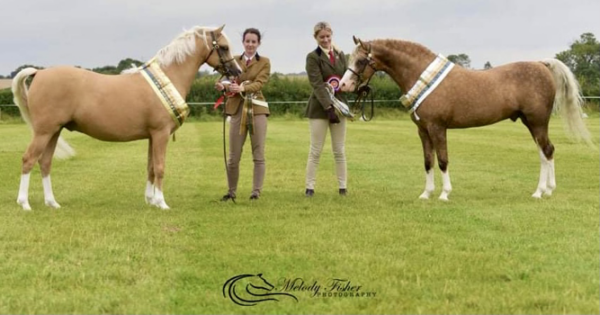 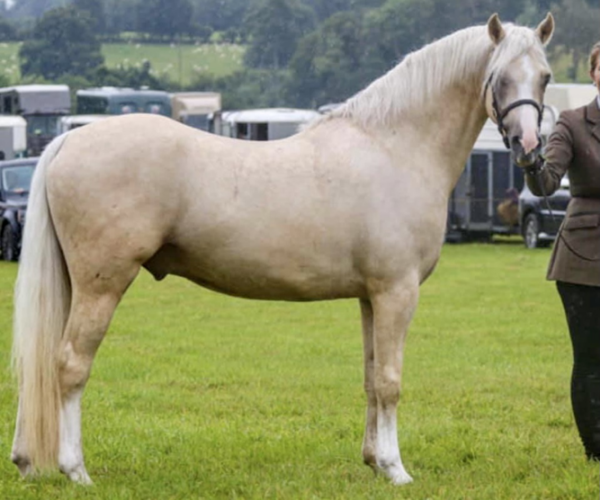 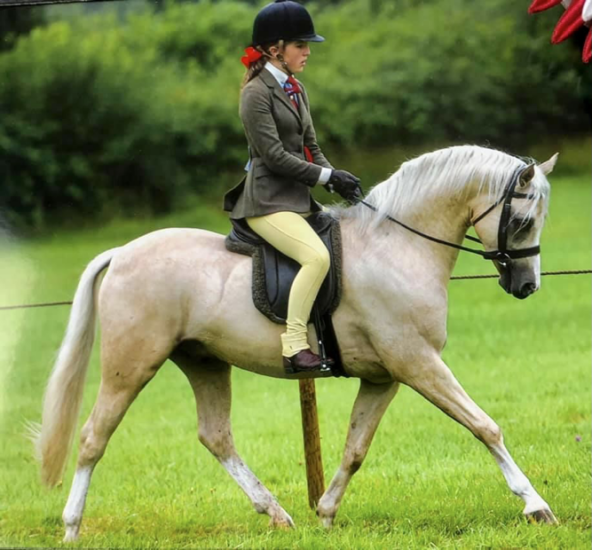 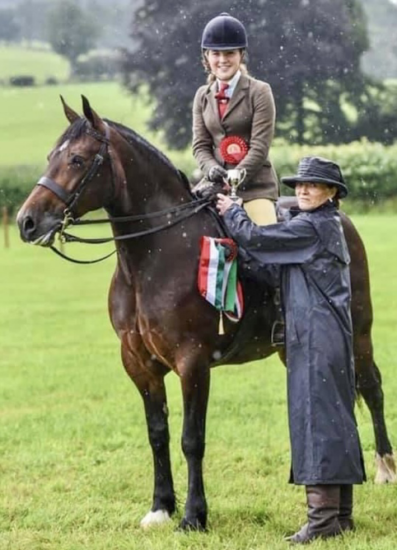 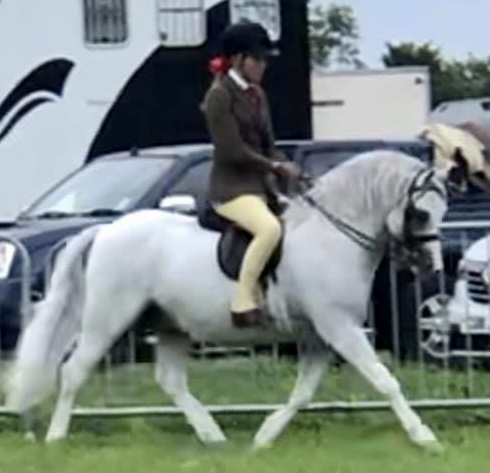 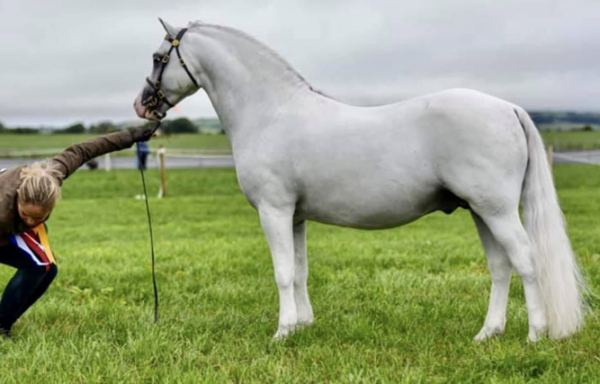