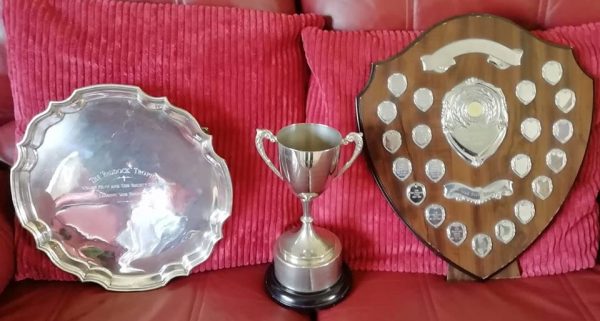 Thank you Cat Reed for accepting these awards at the recent WPCS AGM on our behalf ,as a stud we are honoured to have won them. The Paddock Trophy for the Welsh B In hand Sire Ratings and the Teify Trophy for the Ridden Sire Ratings was won by our stallion Russetwood Elation and his son Cadlanvalley Buzby was also awarded the Moelgarnedd Trophy for the best Welsh B at Olympia. We would also like to thank everyone at Nebo Stud for bringing these back to Ceridigion for usto pick up.