Two of our retired brood mares enjoy the veiw

Moving ponies around we put these two retired mares into a fresh field ,both have been tremendous assets to the stud .The chestnut is Stockham Domino 26 and the bay Cadlanvalley Eloise. Domino is dam to 5 Royal Welsh Champions either in hand or under saddle  3 HOYS winners and 1 HOYS Champion and 2 Olympia Champions also dam to numerous other Champion medal ponies. Eloise is also dam of a HOYS winner and dam to many Champion medal winning ponies at home and abroad. 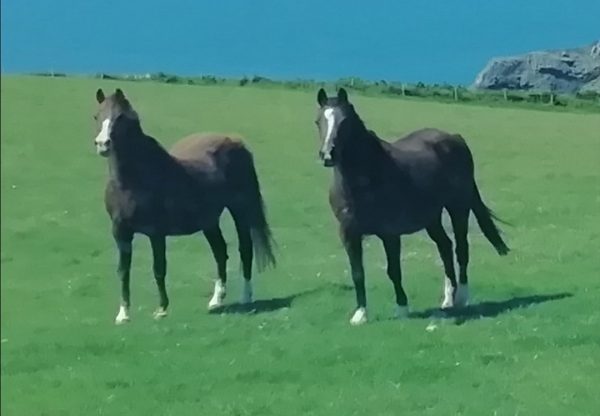