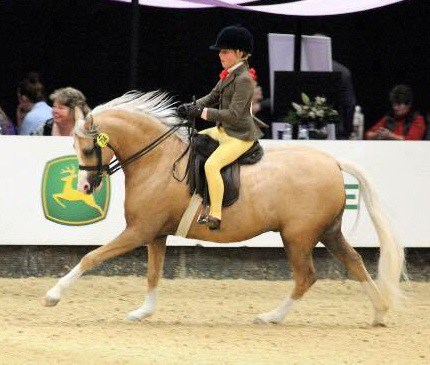 Cardigan schoolgirl Libby Grota can look back with pride at another highly successful showing season following a long list of awards and there is surely more to come from this talented youngster in 2018 .

Libby, supported by her mum Hayley  travelled extensively across the UK this term and gained a string of great results at some of the most prestigious championships including both the BSPS Winter and Summer Championships ,The Royal Windsor Horse Show, The Royal International Horse Show and The Great Yorkshire to name just a few. 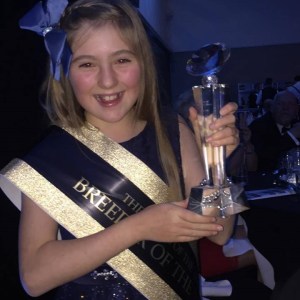 The horse mad twelve year old qualified six ponies for both The Royal International and the Horse of the Year Show, something she has achieved for the last three years in succession and she also finished the season by winning the Junior Small Breeds and Reserve Junior Pony of the year at the Horse Of The Year Show, riding her own Cadlanvalley Mikado more fondly known as ‘Biscuit’, who was bred by Libbys grandparents Howell and Yvonne Davies of Hendre, St Dogmaels.

This was the third time Libby has been lucky enough to win the worlds most famous horse show but it was her first time riding a home bred pony.

The Hendre stud is run by her grandparents along with hard working mum Hayley who has to spend many hours at the wheel transporting her daughter around the country and the stud business has had a very successful year winning the Horse of the Year Show Welsh Section B Breeders Of The Year and also the Section B Siring Ratings of the Year with one of the stud stallions Russetwood Elation. 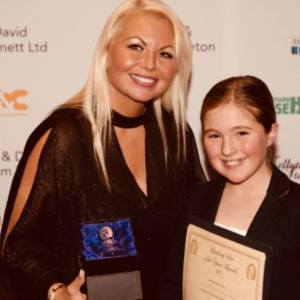 More recently at Peterborough Show they lifted the The Showing Council, Breeders Of The Year after three Cadlanvalley Ponies were successful at HOYS.

To cap it all Libby was crowned the winner of ‘Junior Rider of the Year’ at the same event in Peterborough.

Speaking to Sportsline mum Hayley said that her daughter lives for her ponies and loves competing and commented:” She has always been hard working and determined and is very competitive and rises to the occasion in the show ring.

“They have a string of promising ponies to come out again for next season plus her own ponies, Cadlanvalley Mikado and Cadlanvalley Buzby, in the Novice Section A stallion so it looks like 2018 is going to be another busy one for us again!”