We were just thrilled to be nominated for the HOYS Breeder of the Year Award Catagory.Then to be picked for the final six studs to go forward to the final was amazing as the other finalists were Tiger Horses, Sharpator Stud (Shetlands) Lostock Stud (Coloureds) Rotherwood Stud (Welsh B and Riding Ponies) and Brookfield Stud (Riding Ponies) so were in excellent company.Not for a minute did we ever think we would win this Breeder of the year award but we did.As this was done on a public vote we would like to say a big thank you to the many of you that supported us by voting and for the nomination in the first place. 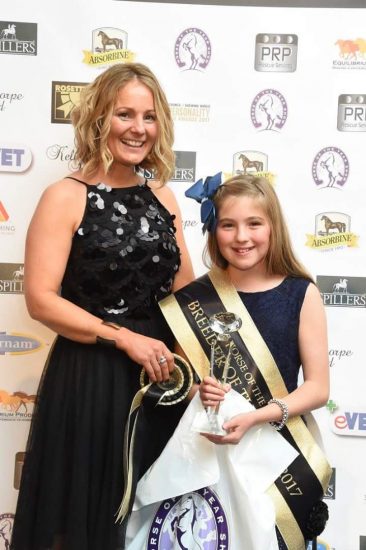 Great to see Welsh ponies can be succesfull against other breeds.A big well done also to our grandaughter Libby Grota who was nominated for Junior Rider of the year and ended up Reserve a great acheivement.Thank you to my daughter Hayley and grandaughter Libby for representing us on the night.